Mexican Day of the Dead

In Mexico Los Dias de los Muertos is the annual fiesta of 'The Days of the Dead'. Celebrated on the 1st and 2nd of November are all Saints Day and all Souls Day. On these days it is believed that the Dead return to visit the living. All Saints Day is for the spirits of the children (los angelitos) and All Souls Day for the adult spirits.

The roots of these traditions are ancient, originating before the arrival of the Spanish in the 1550s. There has developed within Mexican Culture a deeply ingrained philosophical acceptance of death. The Mexican writer Octavio Paz has famously described it:

"The Mexican is familiar with death, jokes about it, caresses it, sleeps with it; it is one of his toys and his steadfast love."

Los Dias de los Muertos is not a morbid or macabre tradition. Mexicans celebrate death on these days, it is a joyful time of remembrance, reunion and feasting as families gather together to honour their loved ones who have died.Death features in a lot of Mexican Folk Art, often represented with great humour. We have searched to find you some of the best pieces including Glittery Skulls, Cake Toppers, Ceramic Skulls, Jewellery, Bags, Papel Picado and lots more.. 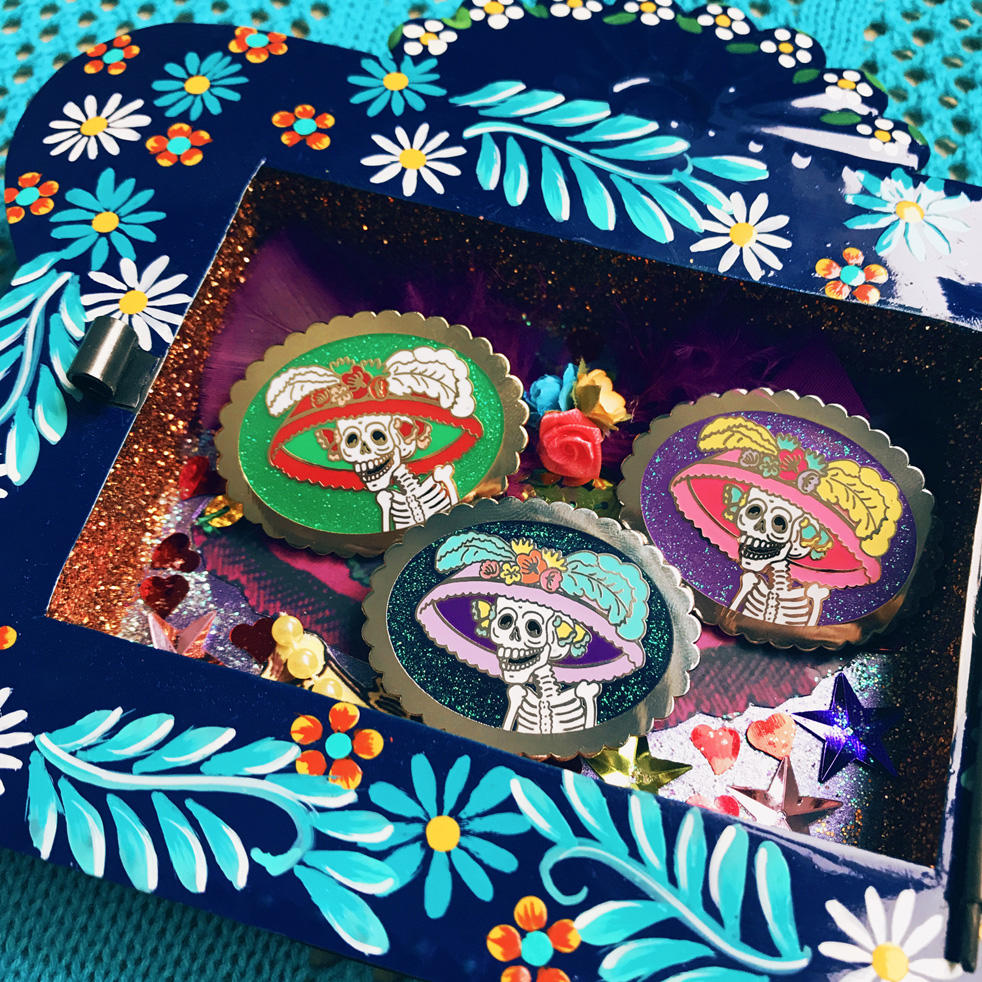 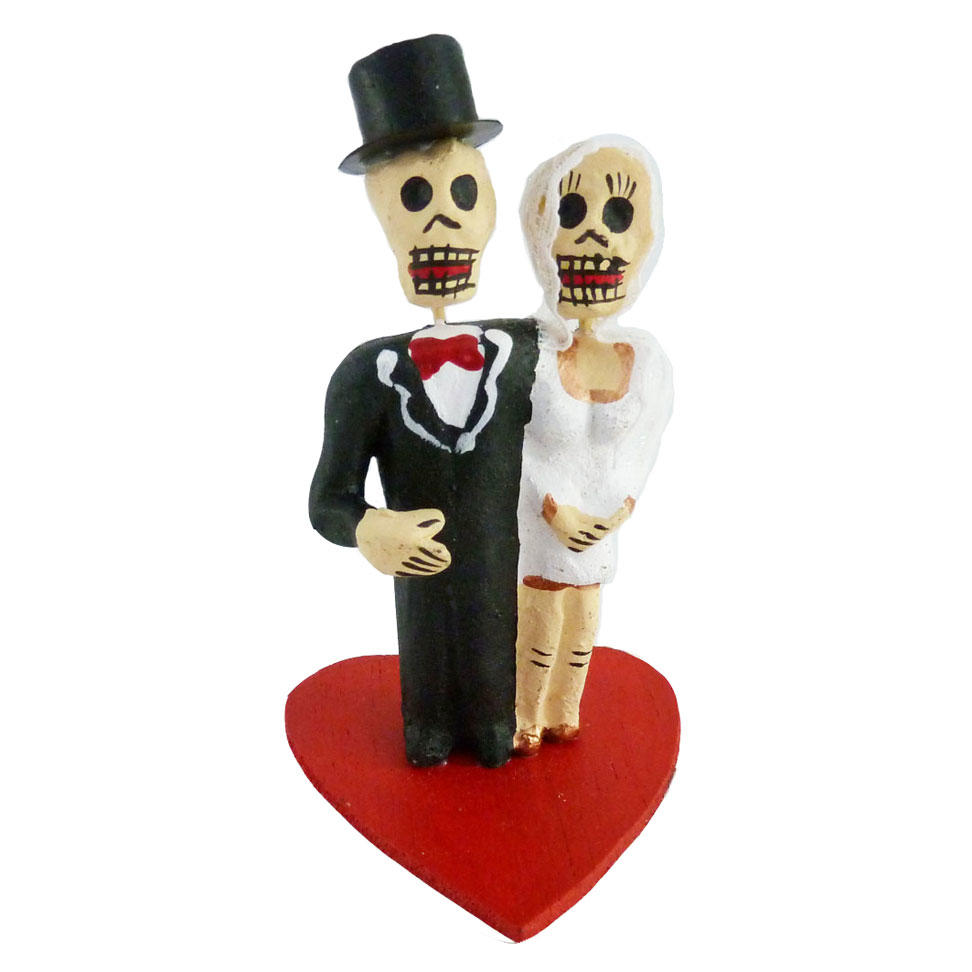 Day of the Dead Wedding Couple 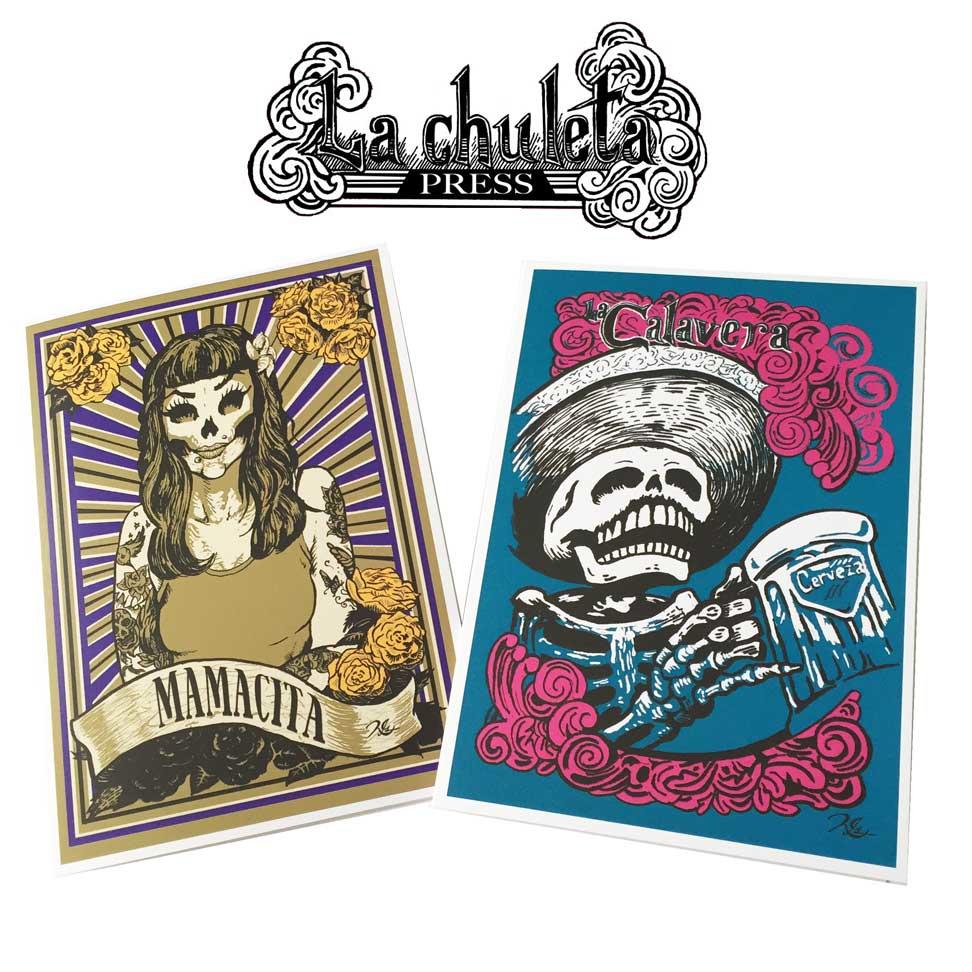 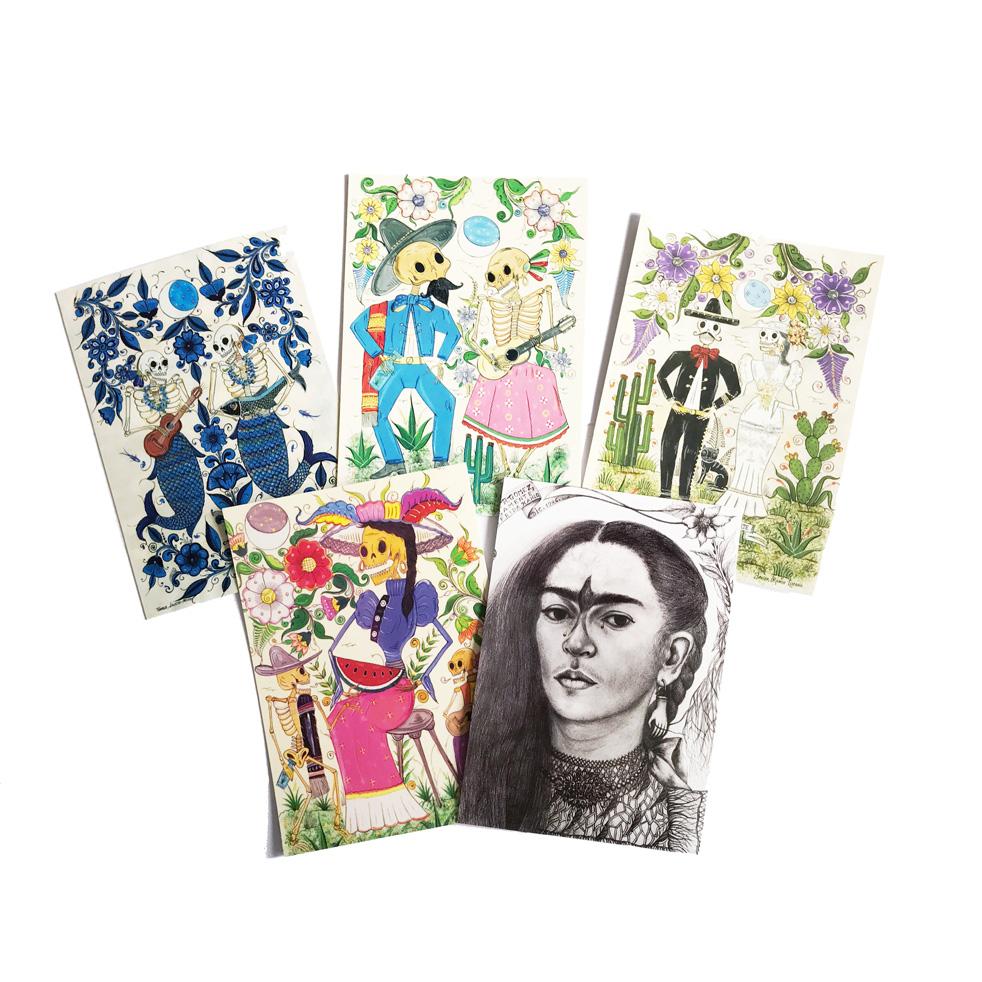 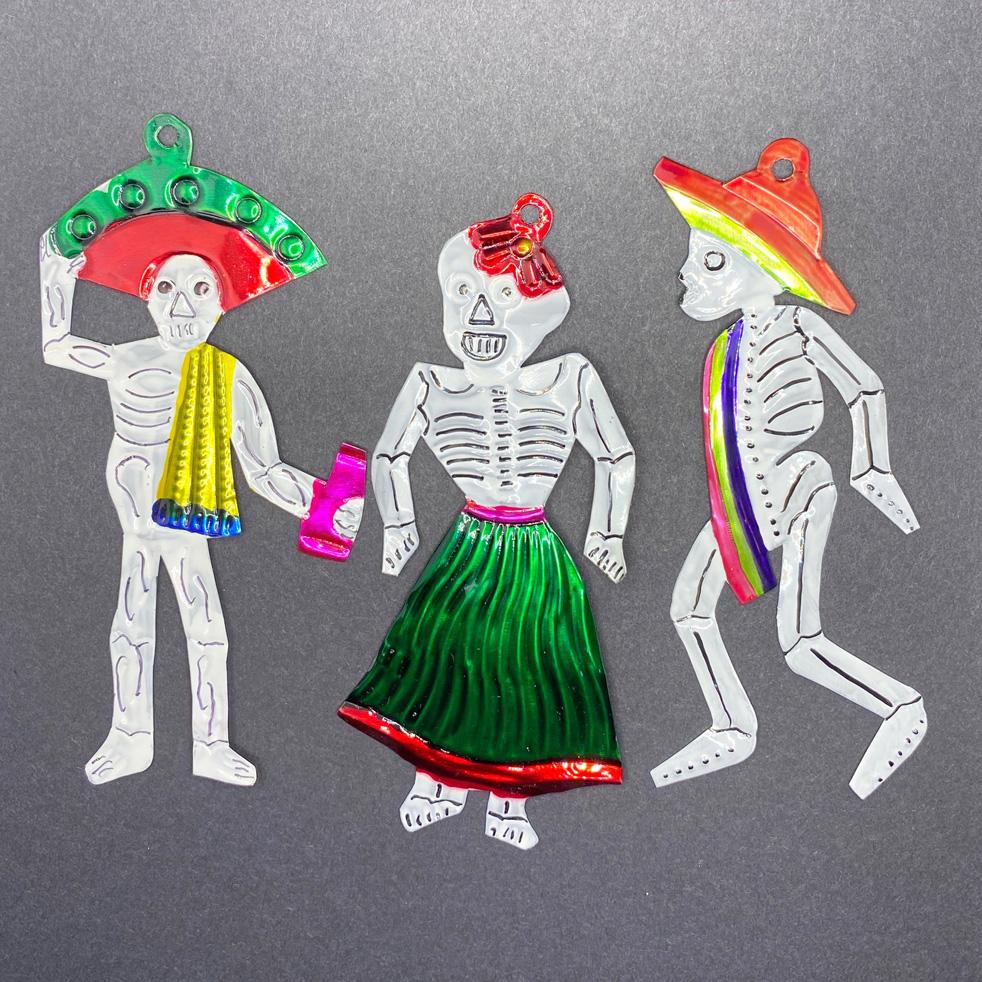 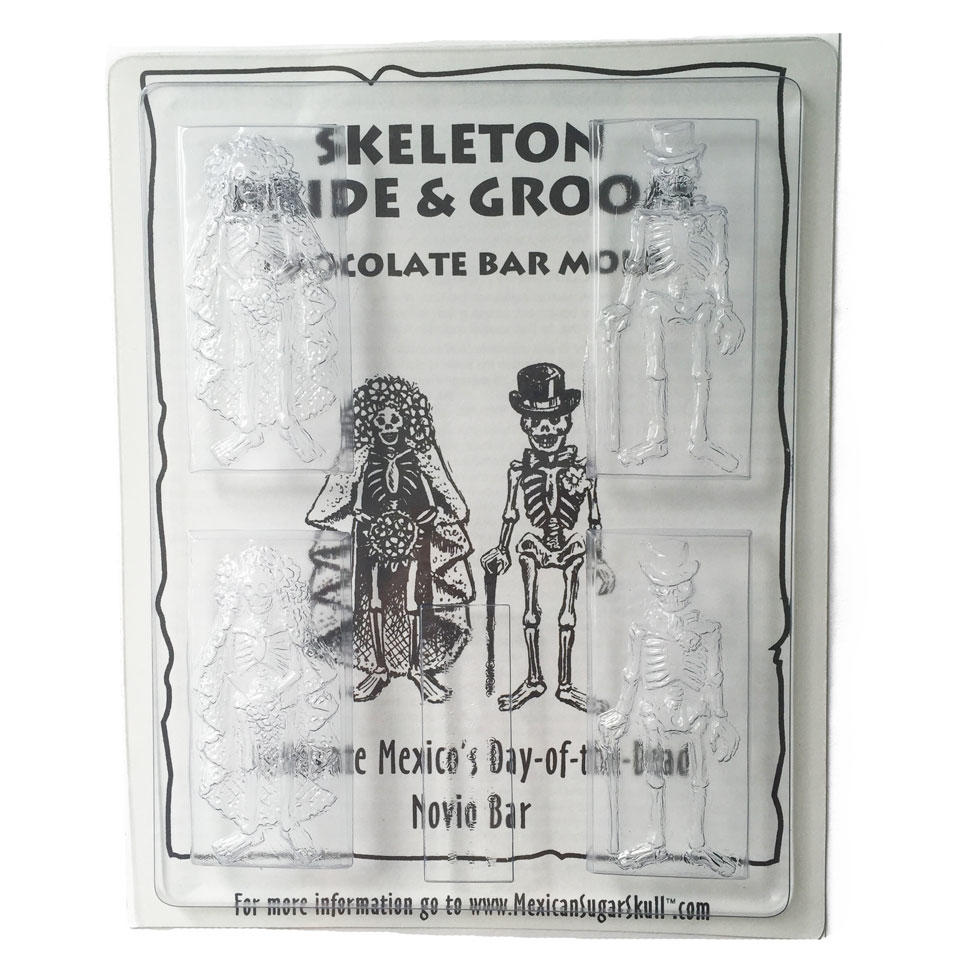 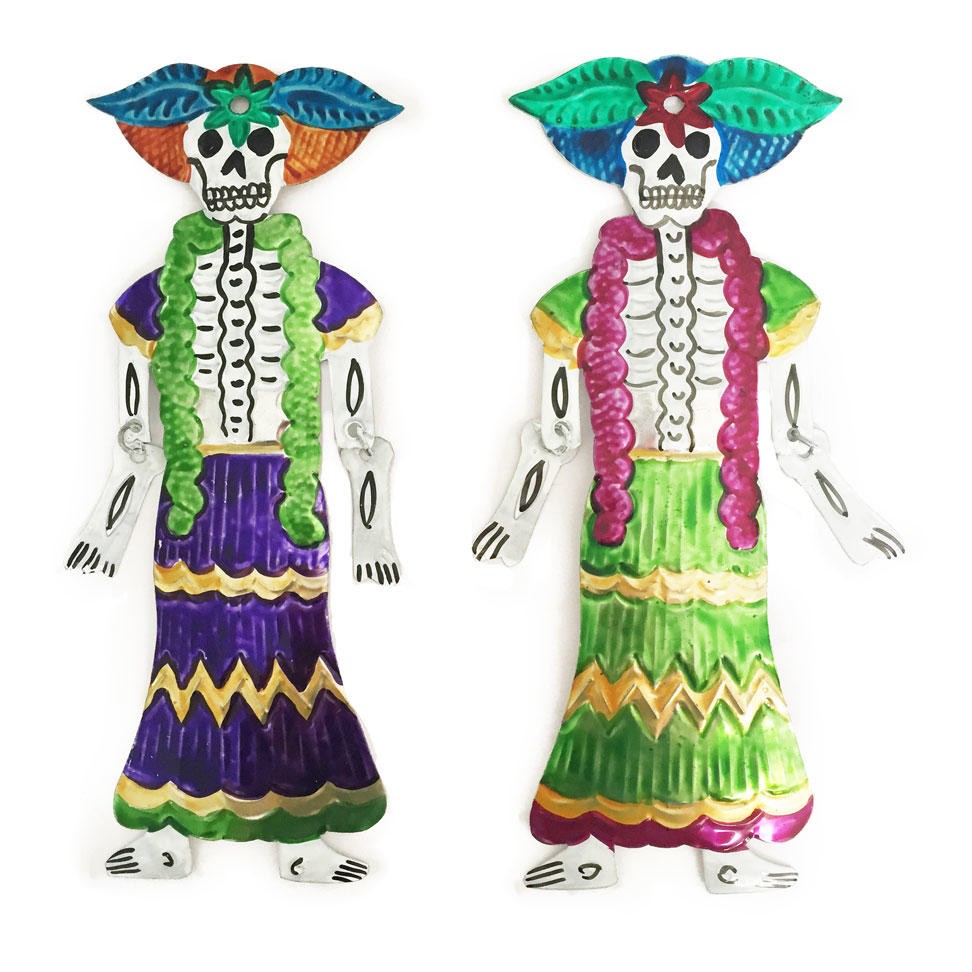 Tin Day of the Dead Catrina 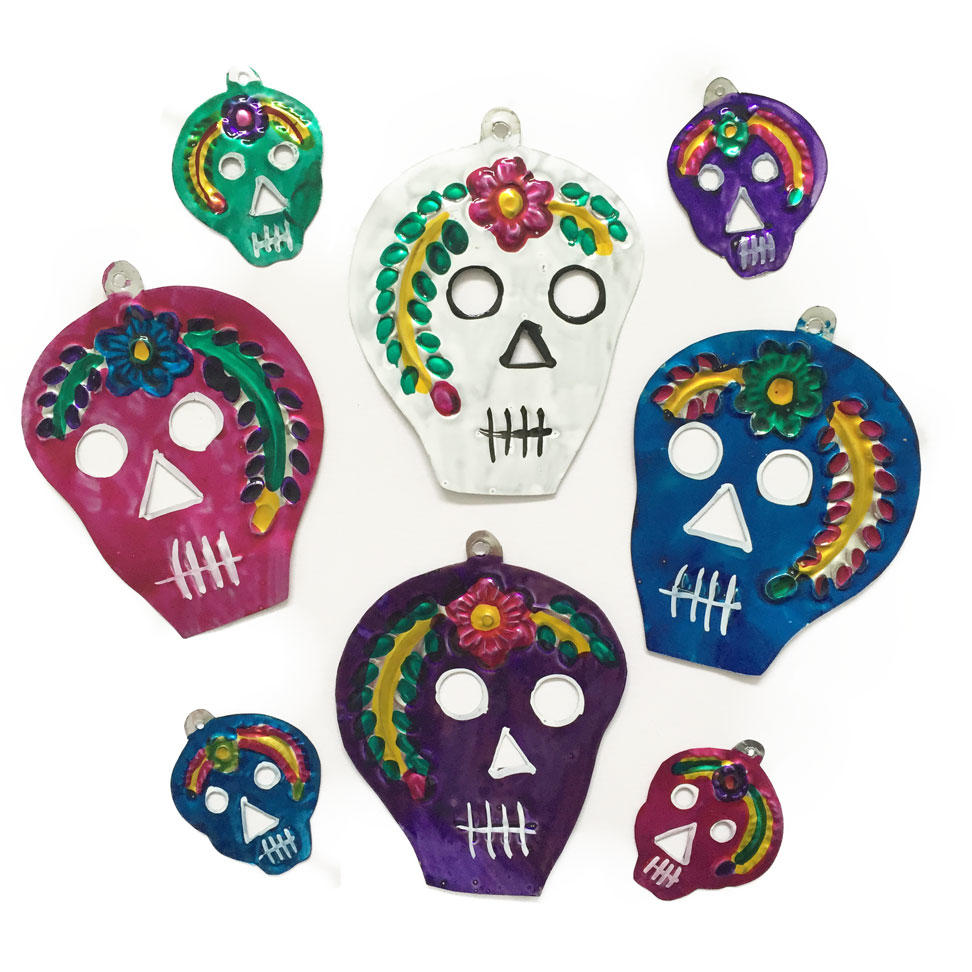